The Positive Links Board is made up of volunteers from the fields of domestic violence and animal advocacy who are dedicated to reducing violence in our society. 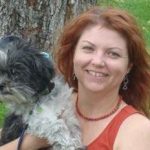 She is the Founder and President of Positive Links, a nonprofit organization dedicated to educating the public about The Link between Animal Abuse and Human Violence and providing training to domestic violence workers, social workers, animal control officers and others about this issue. She organizes the annual New Mexico Conference on The Link between Animal Abuse and Human Violence, and represents New Mexico on the National Link Coalition. She dedicates time to legislative efforts to increase the protection of the environment and animal rights and was instrumental in the passage of ordinances in Boulder and Estes Park, CO that prohibit the exhibition of wild and exotic animals as well as legislation to create New Mexico’s Link Awareness Day. Ms. Fiebelkorn lives with her furry and feathered kids – Betty (16 year old mutt), Penelope (15 year old mutt) and Mr. T (60 year old parrot) – in Albuquerque.

Tammy volunteers her time on The Link because she thinks this type of education and public outreach is the best chance we have to reduce violence in our society. She believes EVERYONE should be safe in his/her home and works to provide that safety to all members of society – regardless of the type of animal (human or other) they are!

Heather Ferguson is the Legislative Director for Common Cause New Mexico, 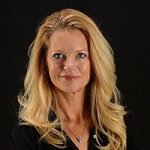 where she manages Money in Politics campaigns, leading day-to-day operations including coalition building and lobbying. She has had a lifelong passion for animals. Earlier in her career, Heather was a veterinary technician and then the Animal Cruelty Campaigns director for Animal Protection of New Mexico, where she served as the lead field coordinator for the New Mexico Attorney General’s Animal Cruelty Task Force. With a team of experts in animal care and law enforcement, she helped rescue over 4,000 animals from cockfighting, dogfighting and hoarding situations as featured on the television show “Hoarders” on A&E.  Concurrently, she was the Legislative Director of Animal Protection Voters, where she guided legislative initiatives that made cockfighting illegal in New Mexico, increased penalties for animal cruelty, and created funding for the handling of cruelty cases by law enforcement.

Heather has a 10-year-old daughter, Ahava, and is the grateful guardian of dog and cat rescues Amelia and Kibitz. In her spare time, she is the managing editor and contributor to the Humanitarian section of Animal Vogue, volunteers with the Anti-Defamation League, plays piano, hikes with her dog, harps on her daughter to do her homework and is an avid bookworm.  Heather graduated with honors from the University California at Los Angeles with a B.A. in Biogeography focused on wildlife conservation. 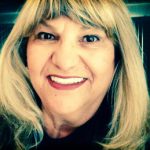 intervention program, during her career with the state of New Mexico, where she worked with incarcerated juveniles. Tamara retired from the state in 2012. She is a certified trainer for therapists in the AniCare and AniCare Child intervention programs working with animal abusers. She has been featured on CNN News, The Paula Zahn Show, Dog Fancy Magazine, People Magazine, and several programs in the Albuquerque area. She has spoken at many universities and organizations about animal abuse, The Link, and  working with offenders. She has been published in Animals and Society, and is featured in the Book Afternoons with Puppy by Dr. Aburey Fine.

Bobbie Herbert has been an Albuquerque resident for 68 years. She joined 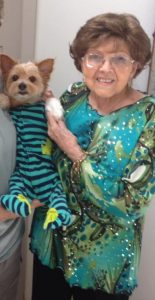 Positive Links because she has seen first hand as a volunteer how an empathy based program can work to turn abusers around. “Animals need us to be their voice”.